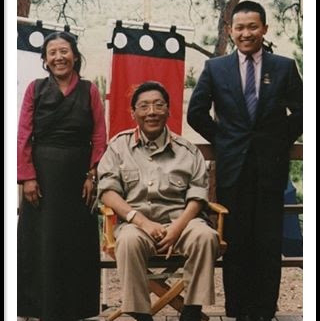 June 14, 2020/0 Comments/by dawns108
END_OF_DOCUMENT_TOKEN_TO_BE_REPLACED
January 27, 2015/1 Comment/by dawns108
For the Holidays, please consider making an offering to your friends and family of butter lamp prayers by the Sakyong’s mother, Lady Konchok.
Breeze of Delight can now send them a Holiday e-greeting card to let them know of this precious gift.
Please spread the word, let’s support the Family in any way we can and thank you!
November 18, 2013/0 Comments/by dawns108

“This year’s joining of the feminine energy of the snake with the water element is a prosperous pairing for awakening— perfect timing in a tumultuous world.”  JennyLaPage, Elephant Journal

This spring is a perfect time to freshen, renew and remove obstacles and patterns that no longer serve us. Personally, I had a series of very challenging, indeed tumultuous obstacles come up last year. I asked Lama Pegyal and Gyurme Dorje for advice. Gyurme Dorje listened carefully to me, and later, Lama Pegyal performed a special, elaborate blessing ceremony to clear away these problems. A week after that, Lama Pegyal made a special protection amulet that I still were today over my heart, carefully handsewn with red brocade.

Their insight and kindness to me was invaluable, and I was so honored to feel a part of this “family.” If you would like Lama Pegyal to perform a “Mo” divination for questions about how to move through personal, challenging times, I can’t recommended their help highly enough. For this reason, I offered to help the family with this website. I hope that the Sangha can take advantage of the preciousness of what the Onchen Lamas offer.

With warmest and well wishes,
Dawn

Celebrate the darkest time of the year by inviting Lady Konchok to light a candle for you. Encourage a friend to follow suit and for that friend’s friend to do the same.  Light a candle at home as well and read the aspiration too!  Let us welcome dawn together.

Chase Baeur posted his photo on FB and I asked if I could use it on the first blog entry for BofD.  Here it is!  Cute!  We all miss Lama Pegyal but he is happy and healthy on retreat with the Sakyong.